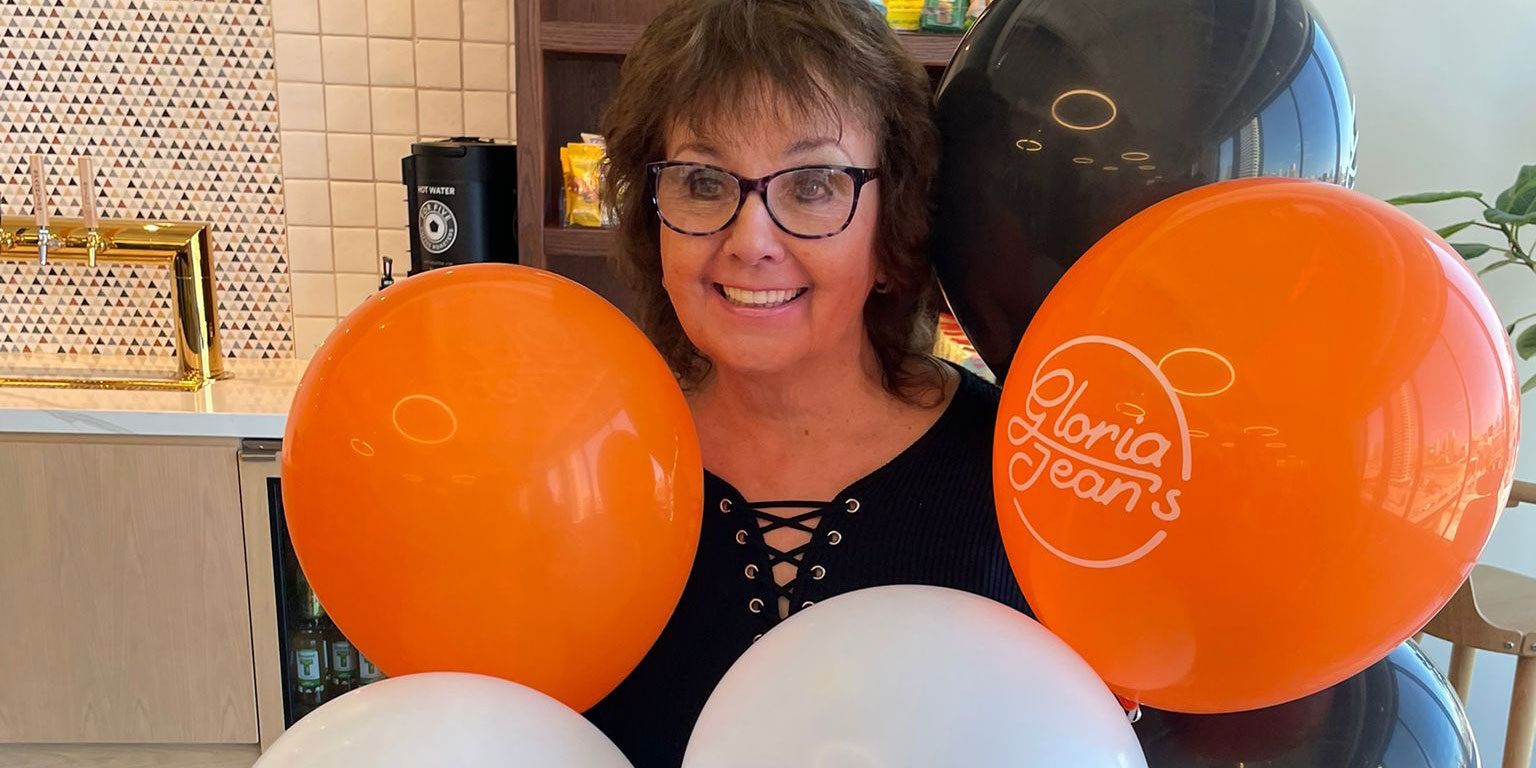 Founder of Gloria Jean’s Coffees, Gloria Jean Kvetko, has opened the franchise’s new USA headquarters in Chicago, marking a return to the birthplace of the coffee chain.

At the Chicago launch this week [June 14] she reflected on how her launch of flavoured coffees was not a universally supported decision. “Hazelnut – it was like discovering God,” she told the guests at the launch. “When I told my husband we’re putting flavoured coffees on the shelf, he just went nuts – no! And I said – too bad, you lose, doing it. And that changed the coffee world immediately.”

The new headquarters have been moved by RFG from Los Angeles to Chicago to better support the strength of the brand in the US Mid-West as well as drive expansion of Gloria Jean’s in the USA market. There are currently 52 US outlets across 20 states with four new openings targeted by October 2021.

Executive Chairman of RFG, Mr Peter George, said Gloria Jean’s Coffees had experienced an upsurge in popularity in the USA since before COVID-19, as the American market rewarded personal service and menu innovations.

“Gloria Jean Kvetko envisioned a retail experience where the coffee and food offerings were of the highest quality and the service was personal and welcoming,” said Mr George. “We have adhered to that ethos and American consumers are voting with their feet.

“It’s an honour to have Gloria Jean Kvetko open our flagship office in Chicago. She set the bar high and knew what American consumers wanted.”

The launch of the Chicago headquarters coincides with the global launch of Gloria Jean’s premium coffee blend, ‘Glorious’.