Hard work, family support and good coffee: the secrets to 20 years of success with Michel’s

You are here:
FeaturedMediaProduct News 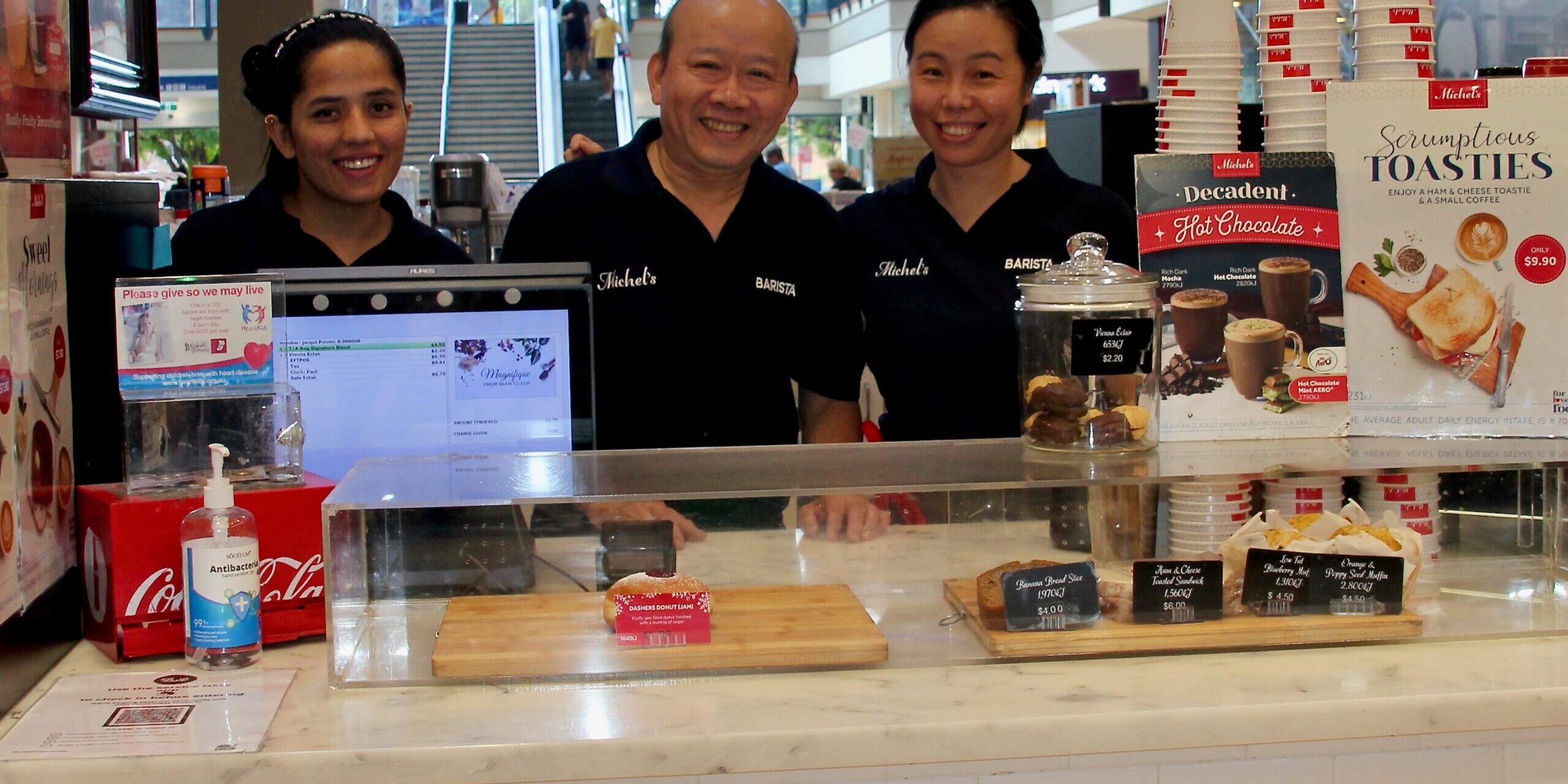 Hard work, family support and good coffee:
the secrets to 20 years of success with Michel’s
Paul Chen doesn’t like the limelight and would prefer not to make a fuss about the 20th anniversary of owning and running his Michel’s franchise at Rockdale Plaza in New South Wales. However, his staff and customers agree that 20 years in business is definitely a milestone that needs to be celebrated!

According to Paul the secret to longevity in business comes down to one simple principle – “you must have your heart in the business,” he explains.

Paul bought into the Michel’s franchise in May 2001, while he was still working in the catering department of Ansett Airlines. Originally, it was his wife Mei who was looking for a business to invest in. A close friend of Paul’s recommended Michel’s as he was a Franchise Partner and believed in the business model.

“RFG is fantastic, they help me with everything from rental negotiations, to front-of-house merchandising and even staff training,” he said.

So, when Ansett collapsed in September 2001 and Paul unexpectedly lost his job he threw himself into making Michel’s at Rockdale Plaza a success.

In the beginning, Paul and Mei worked long hours in order to learn everything they could about running a successful business. He also counts his family’s support as one of the keys to his success.

“It’s really important that the owners of the business run it and understand every aspect of it. You really must work ‘in’ the business in order to understand your customers, your staff and day-to-day issues that inevitably occur,” he explains.

“My wife and I are a strong team; we work as one. There’s no way we would’ve lasted this long if we both didn’t believe in the business. We know that to succeed you must work hard and if one of us wasn’t interested then it just wouldn’t work, we are better because we share the same work ethic,” Paul said.

Another secret to Paul’s longevity is ensuring that he invests in providing the best quality coffee possible. Paul takes his coffee very seriously and ensures that he updates his coffee machine every five years.

“Michel’s provides its Franchise Partners with very high-quality coffee and if the coffee is good, people will come. Investment into the best and most up to date equipment is essential for me – particularly when you base your reputation on quality coffee,” he says.

Paul also knows how important good staff is to the success of his store however, he has a few nuggets of wisdom on this topic too.

“Treat your staff well and never expect them to work harder than you, you’re the owner, you have a responsibility to your staff to lead by example,” he says.

“I like to hire staff that are able to talk to our customers, empathise with then and form friendships – these are the qualities that keep our regulars coming back again and again.”

When speaking with Paul one thing is abundantly clear, he has a passion for his business, his staff and his customers and it’s this passion that has kept him in business for 20 years. Here’s to another 20 successful years Paul, congratulations!