DONUT KING IS URGING US ALL TO TAKE HOME A HOTTIE:

You are here:
Media 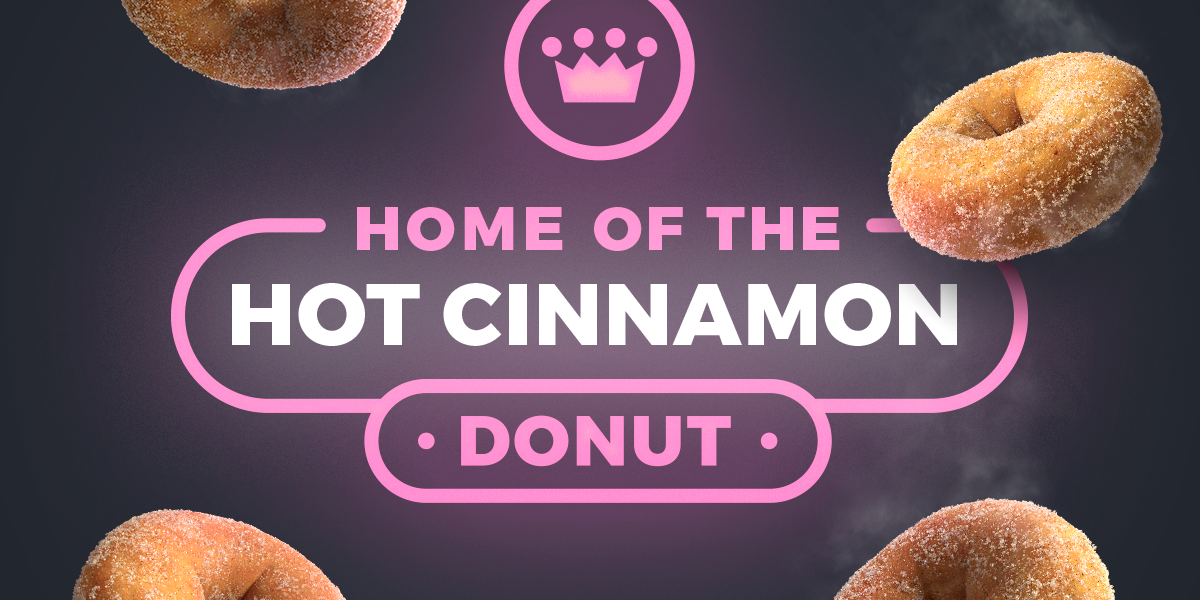 From the Home of the Hot Cinnamon Donut

Donut King’s humble hot cinnamon donut has been a part of Aussie pop culture since 1981. We love taking home a hottie and there’s little wonder why, they’re basically the ‘god tier’ of donuts.

According to Donut King, Australia’s ancestral home of fresh, hot cinnamon donuts, someone consumes one of their ‘hot cinnis’ every 6.6 seconds. And in 2020, Donut King stores were visited 16.4 million times – that’s a lot of happy Aussie’s sporting a cinnamon sugar smile.

In today’s food-obsessed world, people are watching YouTube food channels, following food accounts and even listening to food podcasts but nothing beats the real thing. No viral cake videos can compete with the physical experience of going to a Donut King store, getting a waft of cinnamon as you walk up to the counter and deciding to indulge.

Donut King understands the importance of finding brief moments of delight in the everyday – and what’s more delightful than a hot cinnamon donut? But the fun’s in the experience of going in-store, ordering your donut hot and fresh.

Life’s short, EAT THE DONUT! They’re warm, comforting and delicious and they’re the reason why Donut King has been the longstanding home address of hot cinnamon donuts for 40 years. Donut miss out!