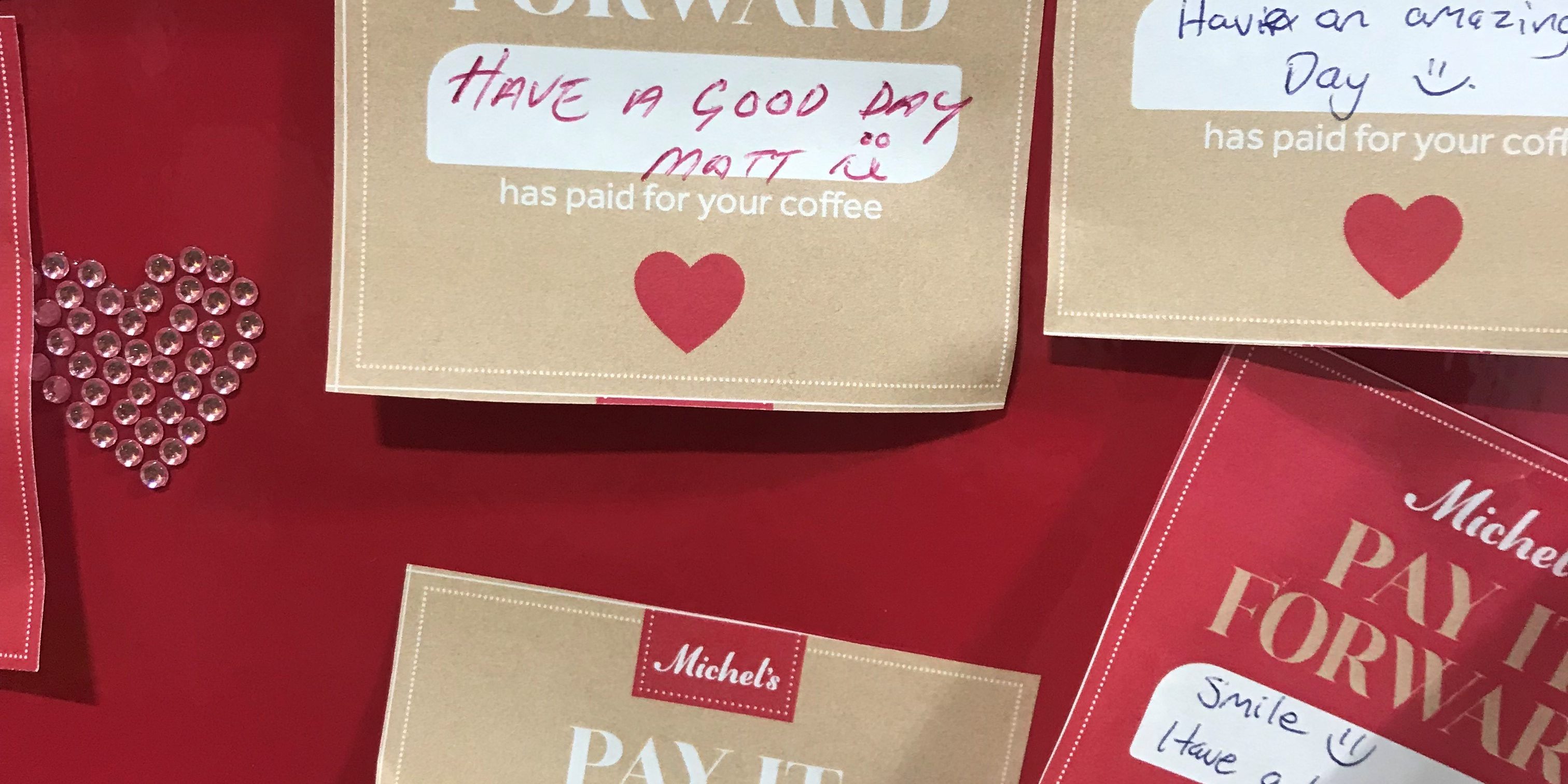 Claudine wanted to do something to celebrate her upcoming milestone by uniting her existing customer base with some of the new faces that were appearing across her shopping centre.

She came across a coffee giveaway idea and thought it was a subtle yet powerful approach and went about bringing the initiative to life.

“Our customers have always been a close-knit community and my team thought it might be nice to surprise and delight customers in a different way.”

“We decided to introduce a pay-it-forward option where customers could nominate an amount to gift a stranger with a little message and a free coffee,” says Claudine.

The response to the initiative was so rewarding that Claudine and her team decided to extend the promotion.

“We’ve seen quite a few people become teary at being given their coffee. There was an older couple we hadn’t seen before and we gave them both a free coffee and they replied saying that they had never been given anything and it had made their day.’

“Sometimes the note included the name of the gifter and in those cases, most customers went and found the person to thank them in person. We had all these customers in the centre actively talking with each other and in many cases, for the first time.”

Claudine’s team didn’t just donate coffees either; when one customer didn’t have enough to cover the cost of her usual spinach roll, they used the pay-it-forward money to gift her.

“Some people gave $10 and a few customers even paid it forward every day for weeks. It’s just been so nice to be a business that gives back and the staff have just loved watching the reactions,” says Claudine.

Michel’s General Manager Sean Fitzgerald said he was delighted to hear that Claudine and her team were going above and beyond to engage with their local community.