You are here:
FeaturedMediaProduct News 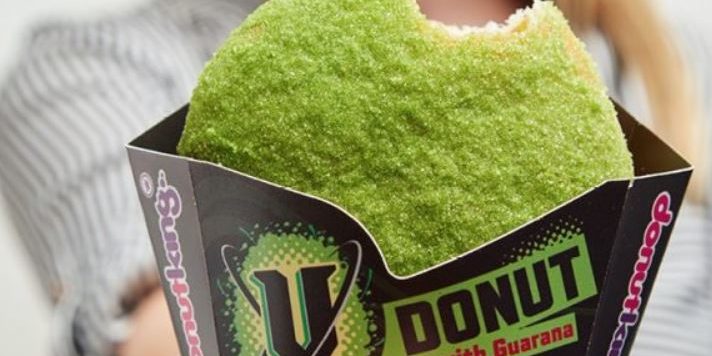 The iconic Donut King brand, which introduced the Australian masses to cinnamon donuts in 1981, experimented with donut fries in 2017, and tapped into the nation’s nostalgia last year with its Un-Grown Up range, is set to launch the first Australian donut and Guarana fusion.

“Product innovations are a surefire way to drive foot traffic into our stores, and we’re confident our new V Donut will generate a positive influx of customers for our franchise partners,” she said.

Recently Donut King has also dabbled with digital innovations, with the launch of its successful gamification app, Donut Rush, which Raquel said was part of the brand’s overall strategy to enhance the ways in which consumers can interact with the well-loved brand.

“We need to ensure we remain in tune with the evolving food landscape to secure the brand’s performance into the future,” she said. “Innovative concepts like Donut Rush and unique partnerships like this one with global powerhouse, V Energy, play an important role in achieving this.”

“Collaborating with like-minded brands helps us remain relevant and tap into new markets, which in turn we hope will raise awareness of the Donut King brand – the original innovators in the Australian donut market.”

Launching in Australia in 1999, V Guarana Energy Drink turned the energy drink category on its head – delivering all the pick-me-up qualities of caffeine and guarana in an iconic slim line green can.

“The V Energy brand is quite like our own; it is unique, cheeky, quirky and funny with a ‘full-of-life’ attitude and therefore, the perfect fit,” Raquel said. “In partnering with V Energy, we’re satisfying an intense desire that Donut King and V Energy fans never knew they had.”

The new V Donut, which delivers all of the functional benefits of Guarana and is a classic Berliner donut coated in green sugar crystals and filled with gooey, Guarana-spiked filling, is available nationwide from 31 March 2018 and you ‘donut’ want to miss it!
ENDS