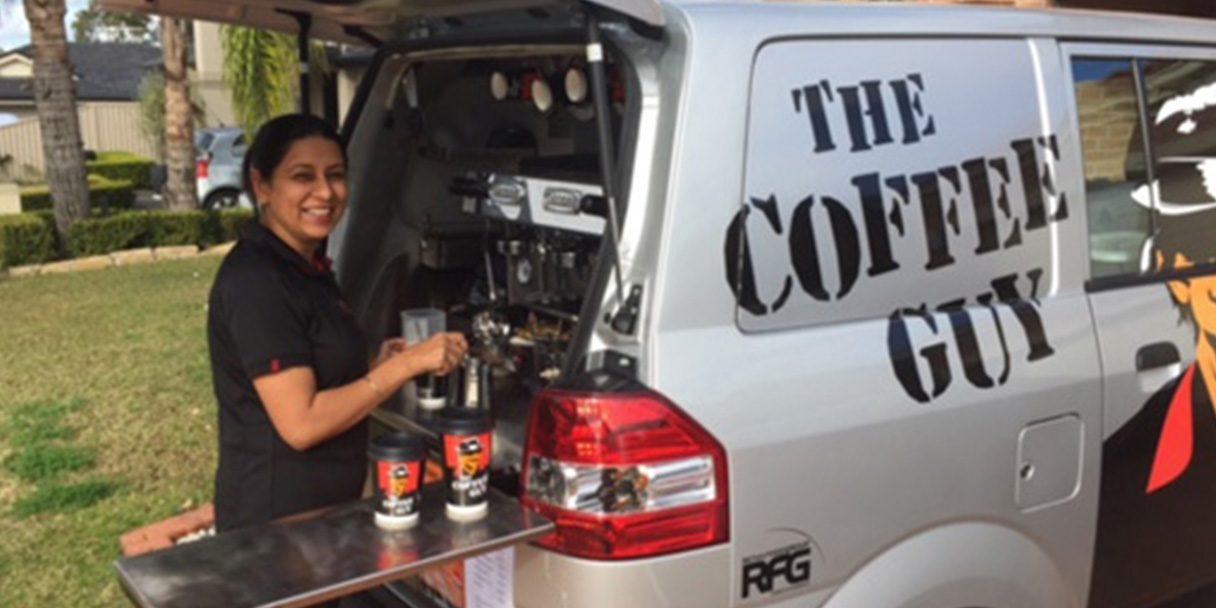 Australia’s newest mobile coffee franchise, The Coffee Guy, has been recognised in the annual 2017 topfranchise Awards, placing fifth in the expansion category for best practice and performance within the franchising sector.

Current franchisees were surveyed as part of the category nomination, covering off on a range of key areas with feedback used to rate the best franchise systems for sale in Australia.

“We’ve been working towards bolstering The Coffee Guy’s network and growing the existing presence of the brand via aggressive expansion plans targeting select territories throughout Australia to proliferate market share,” he said.

“It is our intention to cement the brand’s position as one of the top two leading mobile franchise networks in the industry, alongside our counterpart Cafe2U, which maintains the premier position in Australia.”

The mobile franchise’s leading characteristics exemplified through its low-cost entry opportunity and business delivery model that makes it an attractive opportunity for potential franchise partners.

“The Coffee Guy is established to be a sustainable investment for franchise partners and has proven to be popular due to its low-cost entry opportunity and mobile platform which removes the cost and complexity of running a traditional café with higher start up and operating costs,” George said.

“Ultimately, our franchise partners’ success translates to our success and that mantra is at the forefront of our brand and everything we do.”

Established in Auckland, New Zealand in 2006, The Coffee Guy successfully launched into the Australian mobile coffee market in 2013 and has since grown to become a local icon in select territories throughout the country with over twenty mobile cafes on the road.

“Mobile coffee is very successful in Australia and The Coffee Guy has seen a successful growth spike through its low-cost entry opportunity and desirable work-life balance,” he said.

“As we focus on the strategic expansion of the network, we’re seeing more and more budding baristas who have a love for the coffee industry and want to work for themselves, stepping into the driver’s seat and taking to the road in our vans.”

The Coffee Guy is part of global food and beverage company, Retail Food Group, which is committed to bolstering growth within its mobile division by growing the existing presence of The Coffee Guy, and gaining more market share via aggressive expansion plans targeting select territories throughout Australia and globally.