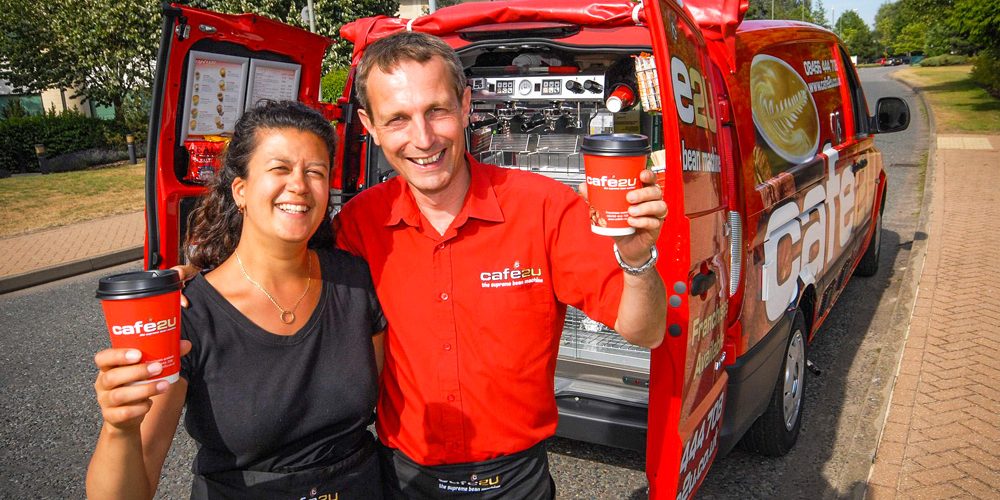 Cafe2U Mayfield franchise partner, Jarrod Kidd, first became involved with the mobile coffee brand as the original licensee when he was just 23-years-old. He played a pivotal role in the brand’s transition to a franchise and its subsequent international growth.

Seventeen years later and with a slate of roles within the business under his belt, from operations to sales, he now owns his own Cafe2U van, servicing the Mayfield region in north-western Newcastle.

In his first week on the road earlier this month, Jarrod and fellow Cafe2U franchise partner, Rebecca Beetson from Raymond Terrace, did their bit to give back to the local community by serving free coffee to the Fire and Emergency units in Medowie who were busy battling the dangerous bush fires threatening the region.

“Fuelling the fire brigade with much-needed caffeine is the least we could do for those putting their lives at risk to protect the corner of the world that we call home, and it’s exactly what being a local business owner is all about,” Jarrod said.

“Cafe2U works because it’s a lifestyle business and it’s customer focused,” he explained. “The ability to fit your job into the lifestyle you want to lead; and the opportunity to connect with your local community is why I’ve made Cafe2U my career.”

Jarrod was heavily involved in the launch of Cafe2U in every state in Australia, and worked closely with the owners to setup in NZ, including fitting out the vans and setting up key suppliers.

“I also helped take the brand to America, so have seen it flourish around the world, and my favourite memories are those that involve the customers I’ve met along the way.”

Starting his daily route at 6.30am and serving locals until 2.00pm, Jarrod has already noticed the same faces joining him for coffee each day.

“In my time with the brand, what I’ve come to learn is that customers are attracted to mobile coffee vans over local cafes for example because they know they’re going to get the same barista every day – therefore they know exactly what they’re getting and they know they can expect quality and consistency,” he said.

“On top of an award-winning cup of coffee, they can expect friendliness, familiarity and rapport that is unique to small business.”

Cafe2U was recognised for its premium, exclusive blend in 2016 at the prestigious Golden Bean awards and was recently recognised in the top ten ranking brands at the annual 2017 Topfranchise Awards.