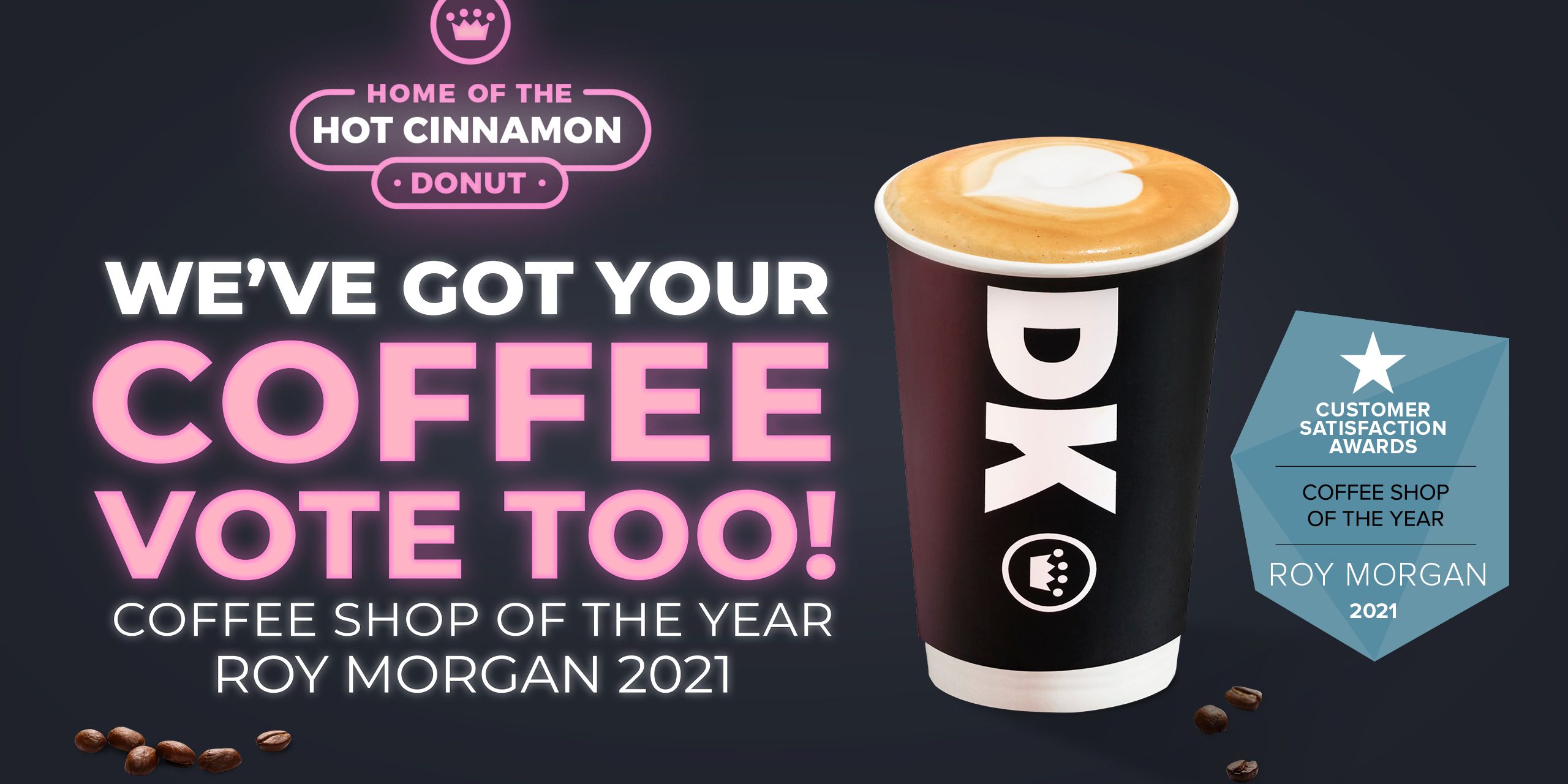 The announcement comes off the back of a big week for the brand, with its first VIP media event in Sydney last week to celebrate National Donut Day, and the launch of two incredible donut hacks, presented by campaign ambassadors Flex Mami and TikTok’s Wolf of Wok Street, DIMSIMLIM  (Vincent Lim).

Donut King Marketing Manager, Raquel Hine, said being named Coffee Shop of the Year is the “icing on the donut” for the brand.

“It’s an incredible achievement to be named Coffee Shop of the Year despite the volatility of the retail and hospitality industries over the last year and related challenges, so this award is a credit to our internal team, as well as the external network of incredible franchise partners and retail staff.”

“Last year we launched our brand platform “Home of the Hot Cinnamon Donut” and our new branding,and over the next couple of years, we have some big goals to achieve as we continue to reinvigorate the brand and reach more Aussies, all the while staying true to our nostalgic roots,” she said.

Donut King has been the home of the classic hot cinnamon donut for over 40 years, and with over 200 stores around the country, one ‘hot cinni’ is made around every 6.6 seconds.