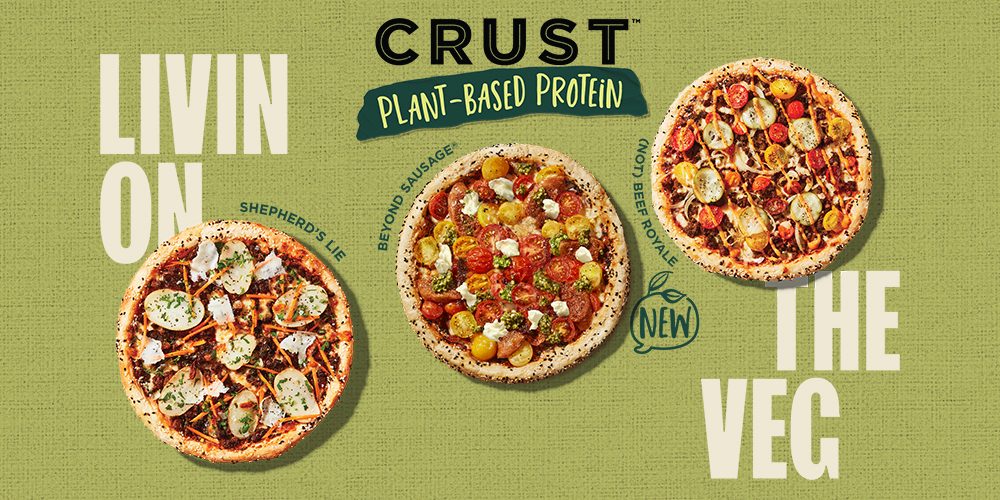 CRUST is known for its variety of fresh, gourmet-style pizzas – the new plant-based menu will offer that same level of variety and deliciousness to vegetarians, flexitarians and meat reducers alike.

Jon Paul Partyka, General Manager of CRUST explains, “We know that a large proportion of Aussies are exclusively vegetarian and that there is a growing cohort of the population who describe themselves as ‘flexitarians’ – that is, they mainly eat vegetarian but consume some meat and fish”.

“We realised there weren’t a lot of takeaway options for vegetarians that are just as tasty and varied as meat-based meals. So, it was important to us that we made a plant-based menu our customers can be proud of sharing,” he continued.

Peter was one of the original Directors of CRUST before he sold the business in 2012. He was instrumental in developing CRUST’s current vegetarian line-up and the ever-popular Upper CRUST range. In 2007 he won the World Champion Pizza Making title for CRUST in Las Vegas.

“We’re excited to have Peter back. He has spent years researching plant-based options that don’t sacrifice on full taste and the CRUST gourmet experience,” said Jon Paul.

The new Menu will use plant-based proteins from Beyond Meat and 100% NOT and includes:

Seasoned Plant Based Beef Mince, roasted Heirloom Tomatoes, sliced Onion and Mozzarella on a Tomato base. Topped with Burger sauce and Pickle slices.

Beyond Plant Based Sausage, Caramelized Onion, Mozzarella and roasted Heirloom Tomatoes on a Tomato base, garnished with Basil Pesto, Buffalo Mozzarella and seasoned with Salt and Pepper.

The CRUST Plant-Based range will be a permanent addition to the menu from 30 November 2021 and will be followed by more exciting new plant-based options in early 2022.